A Layered Look at Domestic Violence in the Black Community 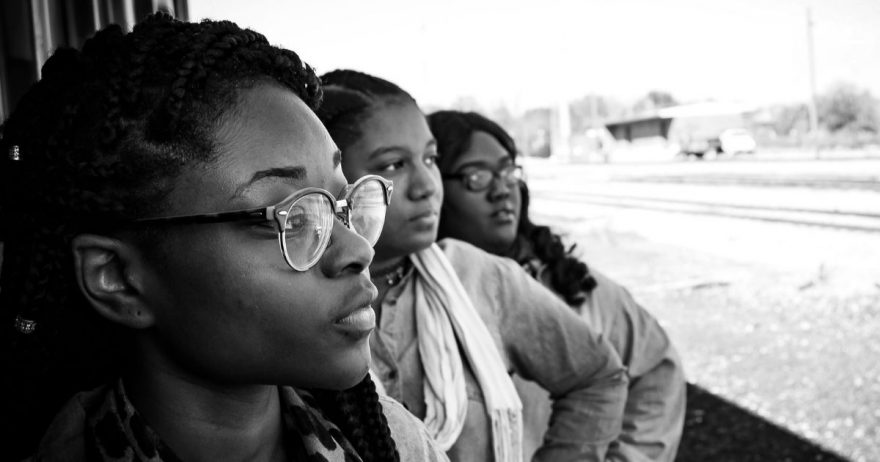 At Coburn Place, 65% of our clients in 2020 identified as Black and female, and that is true at many domestic violence service organizations nationwide. Black women and Black men experience intimate partner abuse at a disproportionately high rate. But why?

“First of all, a lack of opportunities along with financial barriers leads to domestic violence,” says Coburn Place Intake and Well-Being Services Coordinator Jacqueline Willett, MSW.

Cecily Johnson, director of strategic initiatives at the Domestic Violence Network, agrees it’s a systemic issue. “Because of the history, because of the 400-year gap and 400 years of being left at the starting line while other groups have moved forward with ease, that holds us back,” she says. “That’s the root cause. It’s a combination of things we’re not given. We’re just not given opportunities in education that generally would be made available to other populations, specifically white populations. And it’s socioeconomics. Typically, the higher you are in that socioeconomic strata, the greater access you have to education and resources where you can get some of this information, where you can receive services.”

“Working at The Julian Center when I did, I really realized how very serious it is,” says Summers. “It’s easy to understand the physical part of domestic violence, but the financial and emotional side can be harder to identify if that’s what you’re used to. We’re not talking about it.”

Systems work against the Black community, and the community has lost – or more like never had – faith in those systems, leading to a reluctance to report.

“There’s a lack of trust due to all the things we’re seeing right now and what we’ve seen over the years,” says Willett. “They are often treated differently than a white survivor reaching out for support. Survivors think they won’t be believed, and they’re also scared they’re going to be attacked. Is this going to be flipped on them and turned into something else? I’ve worked with minority survivors over the years who ended up getting criminal cases due to trying to protect themselves when it’s more than apparent that’s what it was. So people of color suffer in silence because of that – not being believed, being arrested, being looked at as the aggressor.”

Black women also don’t necessarily want to turn an abusive partner into law enforcement. “I have been told personally [by a survivor] they can’t get help because they don’t want their partner to become a statistic,” says Johnson. “There’s a genuine and legitimate fear that if they call the police, their partner could be killed or they, as the survivor, could be killed. “

“We know that African American men are more apt to go the criminal justice system, and we don’t want to send them – even if they shot us in the head,” says Summers. “We don’t trust the police because we don’t want to get our man in trouble but there has to be a way to break that cycle.”

But the community has its own cultural reasons for not reporting as well. One is religion.

“We take things to God,” says Willett. “And sometimes in Black culture, it’s looked down upon when you ask for help. You lean on your support systems. You don’t let others know what’s going on inside of your home. That’s what your church family is for, that’s what God is there for. That also leads to why a lot of minorities don’t seek counseling or therapy or don’t address mental health issues. They would go to a pastor.”

Summers believes the Black church could play a bigger role in talking about what domestic violence is and how it happens and in sharing the resources available to women in abusive relationships.

“Speaking personally, from women I know and have worked with, yes, you’re told by leadership in the church that you don’t air your dirty laundry,” says Johnson. “That’s not to say there aren’t some wonderful church leaders and members who are there day one to drive someone to a shelter or fill out a protective order, but historically, there have been churches where you pray about it, you don’t talk about it, and you stay no matter what, which is dangerous. And that’s just not the Black church – it’s churches across the board no matter the demographic.”

“On our part, it’s our ride or die mentality to be in a relationship, to make it work, to give it 100% – even though we’re giving 100% to an asshole,” says Summers. Of course, Black women are not a monolith, says Johnson, “but I have heard things from survivors like ‘You should be grateful to have a Black man especially if he is educated and has a job.’”

Staying no matter what also plays into the “Strong Black Woman” stereotype, which is empowering on one side of the coin, but dangerous on the other.

“We could be bleeding from the mouth, one arm off, but we’re still going to put that dinner on the table,” says Summers. “And it’s not necessarily the right thing to do. It’s just what we are in tune to do instead of taking care of ourselves first.”

The solution, says all three women, is outreach and education.

DVN created the Black and African American Women’s Coalition – which includes four Black advocates from Coburn Place, including Willett – to bring awareness to domestic violence in the community. “It’s not just ‘Hey, it’s happening,’” says Johnson. “We want to educate and inform in an impactful way.”

DVN is currently focusing on domestic violence in two communities – in the Black and African American community and in the LGBTQ+ community – and the intersections between the two because Black trans women experience violence at a rate higher than any group. Johnson says they are going into places of worship, schools, places of business and anywhere where people will listen.

While the task force is a domestic violence-focused organization, it wants to also address many issues that overlap with it.

“Economics is often a factor in domestic violence so how do we get these Black women rising up in the ranks so they can leave a violent relationship potentially, understand their worth and support their family without having to be in an abusive situation?” asks Johnson. “It all connects to help keep someone out of the cycle of violence. That education, the financial literacy, all of that, if we’re going to be a true prevention effort, if we can get ahead of it in as many ways as possible, then hopefully we can prevent a future survivor and a future perpetrator.” DVN is also reaching Black youth with their healthy relationship programming.

“They go through so, so much,” Summers says of Black women. “I think a lot of it is that we need more self-care and self-love and then we wouldn’t go through those things any longer.”