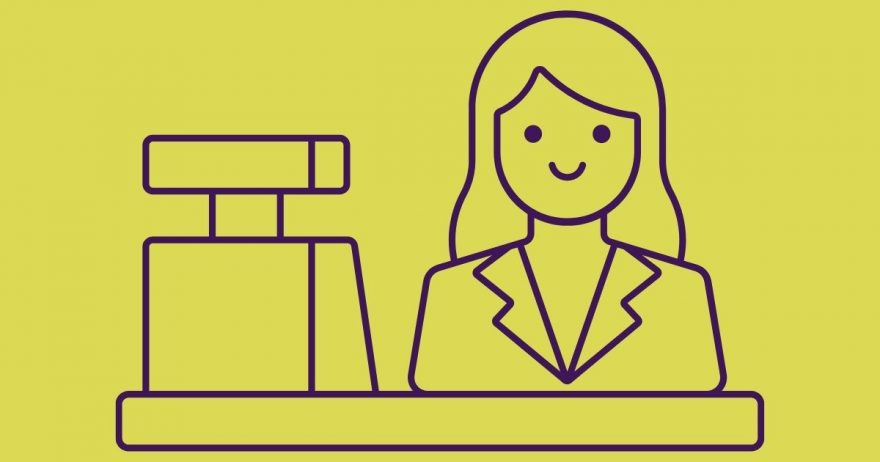 “I have no choice but to be strong,” says “Melissa,” a survivor in transitional housing at Coburn Place. Her journey has been more of a trek.

She was born in Tennessee, where she lived until she was married at 14. She and her then-husband moved to North Carolina. “I was two months away from 15, and he was 17,” Melissa says. “It was crazy. We only knew each other for five days. I was with him for 11 years.”

“We were together for almost eight years,” Melissa says. “I should have left him the first time he beat me up over a hamburger a year after we were together. He fractured my eye socket and broke my nose. I had a black eye for more than two months. I couldn’t smell or taste anything for eight months.”

But she stayed. “Everything was pretty good, then probably about 2016, he started cheating on me,” she says. “That’s what messed my mind up so bad and made my nerves so bad. It took me forever to get over it. And after that then he started to want sex, and I wouldn’t give it to him. Then he just started taking it. He said it was his.”

Melissa would leave, then stay gone about three weeks, come back, leave, come back. “Just back and forth,” she says. “This is the first time in the longest time I’ve stayed gone.”

While she was on and off with her abuser, she found a warehouse job and what she calls a “sleeping room.” She went to the Salvation Army and The Julian Center and back to the sleeping room. She was on the Coburn Place waitlist for more than a year.

“Coburn Place gives me peace of mind and helps me feel more free because I was scared and worried,” Melissa says. “I’m comfortable here,” she says about her studio unit at Coburn Place. “I feel safe.”

In July, Melissa landed a job she likes. “I made head cashier my second week!” she says. “I’m a hard worker and a fast worker.” Just a week or two after she made head cashier, she was named Employee of the Month. “I never in my life thought I would make that, so I was real surprised,” she says. That recognition came with a small bonus. Her other bonus from work is a 20-pound weight loss from walking 6 or 7 miles every shift.

Melissa’s next focus is transportation. She bought a car, which she says was a big milestone for her. “It was only $1,000, but I bought it myself, and it’s the first thing I bought since 2005 that is mine,” she says. But inexpensive cars break down, so she’s working on saving the $550 it will cost to fix it.

Her biggest challenge, though, is being alone, not having anyone. She said the family members she had been close to are dead.
Melissa says her abuser made her so anxious she couldn’t stand to have the TV on. “It was a year before I even turned it on,” she says. “I never turned on my phone because he messed me up in my head. It hurt so bad. I’ve come a long way from where my nerves were, but I’m still not fully normal. I’m good by myself. But I know I need somebody because it’s not good to be in the world by yourself.”

Melissa says she has a hard time with trust because of what she’s been through. “But I don’t want to judge people or assume things,“ she says. “I’ve been by myself so long I don’t know if I want to be bothered because I have my own routine.” She says she doesn’t feel like it’s the right time for more than friendship.

Melissa’s applications for three different low-income apartments were accepted, and she’s moving soon. “I’m excited to have my own apartment that is mine, but I don’t know if I’m ready to leave here yet,” she says.

For now, Melissa says, “I’m proud of myself. I’m so proud to be somewhere good, and I’m proud I’ll have a car once I get it fixed. I’m so proud of my job because I love my job for real. That makes a difference.”

“I just keep praying to God I make the right decisions,” she says.