One Survivor's Long Road to Safety 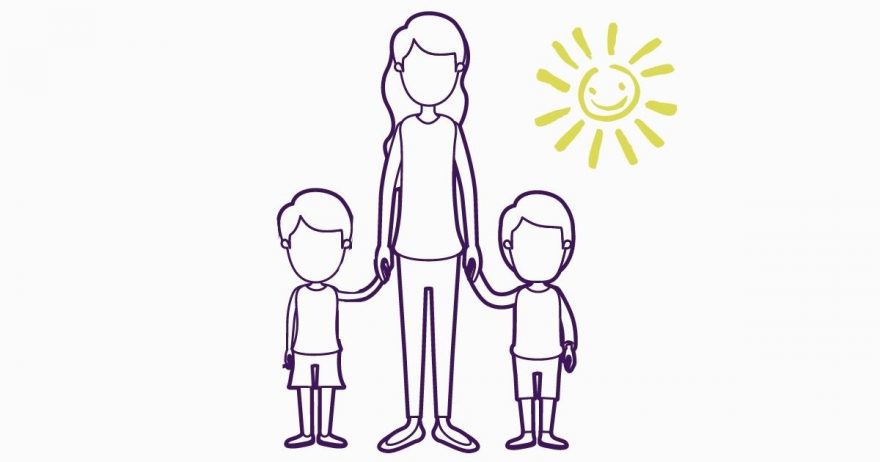 At 21 with a 2-year-old in tow, “Jessica” left her abuser at 3 a.m. while he was out of town for the weekend. A co-worker had noticed her bruises and said to her, “I don’t care what your excuse is. You’re moving in with me in two weeks.” So Jessica, whose abuser was taking all her money, picked up as much overtime as she could and fled as soon as she had her next paycheck in hand.

“My abuser knew I was leaving,” she says. “It was just a matter of when. I had bought a car and gotten my license. When we moved, we even told the landlord not to put me on the lease because I wasn’t staying. He had said he was OK with it, but I knew he wouldn’t be when it was time. That’s why I left how I did. I was going to leave anyway, but my friend made it happen sooner than I would have been able to.”

Jessica met her abuser as a high school senior. He was older than her. The beatings – and rapes – started the first week they were dating. “I tried to tell my mom and she brushed it off like it didn’t matter,” she says. According to Jessica, a lot of people knew what was happening. “I was in school covered in bruises,” she says.

“My friends saw it, my mom saw it, nobody ever cared. I tried to tell the school nurse. She knew him, but she didn’t know how violent he was. She had expressed I need to be careful and I tried to talk to her, but people kept coming in and interrupting, and I just walked out. He was already outside waiting, and I didn’t want him to be pissed. I wanted to tell her I was scared to go outside.”

She was pregnant two months later and moved in with her abuser and his mother. “He had told me if I didn’t move in with him, he’d set my mom’s house on fire with us in it that night,” says Jessica. “Being 18 and terrified, I left.”

Jessica says he made her drop out of high school, too. His mother wouldn’t let them get married, which she’s grateful for now even though “she wouldn’t let me leave the house for three months unless I was with her” for fear of a covert courthouse ceremony.

The abuse was constant. “It was so bad I literally prayed every day of my pregnancy he would kill me so my kid never had to be around him,” she says. “Every day.”

“I had no money,” says Jessica. “I had nowhere to go. He wouldn’t let me work a lot. If I would start a job, within a month or two, he’d make me quit. He took all the money I did have. I wasn’t allowed to have my phone all the time. If I did have it, he checked it probably six times a day. He’d go through all my messages, my phone logs, my internet. My mom was paying for my phone, which is why he couldn’t just take it.”

Jessica was with her abuser for three years and left in 2016, but he was – and is – still abusive in many ways. After her mother moved into a new house, Jessica and her son moved in with her. But that didn’t go well at all. She went from one abuser to another.

There wasn’t a single incident. Jessica says her mother and sisters were terrible to her and her children – she now had another child three years younger. That wasn’t what they need to be around.

“Two weeks before I made the decision to go to The Julian Center, I was holding my youngest, and it was one month before his second birthday,” she says. “My mom slammed me up against the wall and held me by my throat.” She called the police, but they told her it was her mom’s house, and if she didn’t get along with her, she should leave.

One day, her lawyer called with the news they were ready to serve her original abuser with a protection order. “I just couldn’t be there when that happened after everything he said he was going to do – blow up my car, cut my brakes,” says Jessica. Her lawyer called The Julian Center for her, and they had a room available that day. When her mother found out she left and wasn’t coming back, according to Jessica, she texted everyone in the family and made up lies about her, turning people against her.

Jessica and her sons have been at Coburn Place since July 2019 after spending 14 months on the waitlist. She got her high school diploma in 2018 through the Excel Center, has a job as a substitute preschool teacher for Warren Township, and is going to school for a human services degree. “I want to be either a domestic violence advocate or do family advocacy.” Her 6-year-old is so proud of her and says he can’t wait to go to her next graduation.

“I feel like I’m doing OK,” she says. “I was really struggling with depression and PTSD and being afraid of being anywhere, but I feel like I’m doing pretty well. It’s a bad year for sure, but given everything, I’m alright. This is probably the best I’ve ever been. I have work and school, I’m here.” Jessica even has a boyfriend she met a year ago at a friend’s wedding. They’ve been talking long-distance, and he has recently moved to the Indianapolis area.

Her children are doing well, too. “My 3-year-old has sensory problems, they both have adjustment disorders, and my older kid has ADHD and PTSD,” she says. “Moving in here was really concerning because we were at the shelter for a year, and they had grown attached to the respite staff there – the youngest especially. He did so well, though. My oldest has been so happy being here. The day I told him we were moving, he cried. He said, ‘We’re finally in our own place.’ He really needed this. He needed to have it just be us. He was really struggling being around so many people. At 6, he was having accidents. He was depressed and defiant. When we moved in here, I instantly saw a change in his mood. He still has problems, but he really needed this. We all did.”

Jessica adores her Coburn Place well-being advocate Samantha Ryan. “Sam is absolutely amazing,” she says. “She is there for anything I need, anything I need to talk about.” The feeling is mutual. “Jessica continues to work and take classes and get therapy services for her son. She is working hard on maintaining her mental health through therapy and healthy relationships with her family, friends and boyfriend.”

Jessica still struggles with fear. “I feel safe but I don’t, because I don’t feel safe anywhere I go,” she says. “But knowing that I’m safe inside the building helps me. And my kids being comfortable here has taken off a lot of stress because they’re much happier.”

Jessica still has a no-contact order in effect but is petitioning for an extension. “My abuser has shown up a few places I’ve been,” she says. “He’s been to my work. I’ve seen him near Coburn Place, and he doesn’t live in this area.”

Jessica and her boys are scheduled to move out of Coburn Place to permanent housing July 1. “With my income being so low and no child support, I’m not eligible for a lot of places,” she says. “They are talking about raises at work, and that would help a little bit. It’s hard right now because I’m a sub so I don’t get benefits or paid holidays, and we keep closing down for breaks or closing randomly for COVID reasons, so I’m suffering.”

Her one hope is that her oldest son can get all the images he has out of his head. “I’ve tried my best to protect him,” Jessica says. “He’s terrified of his father and hasn’t had contact with him. He dreams about my abuse all the time. He screams in his sleep. If I could have one thing, it would be for him to forget everything.”

You can help survivors like “Jessica” and her children with a gift to Coburn Place. Visit coburnplace.org/donate to learn how much of an impact you can make.