A Conversation with Dr. Cris Sullivan 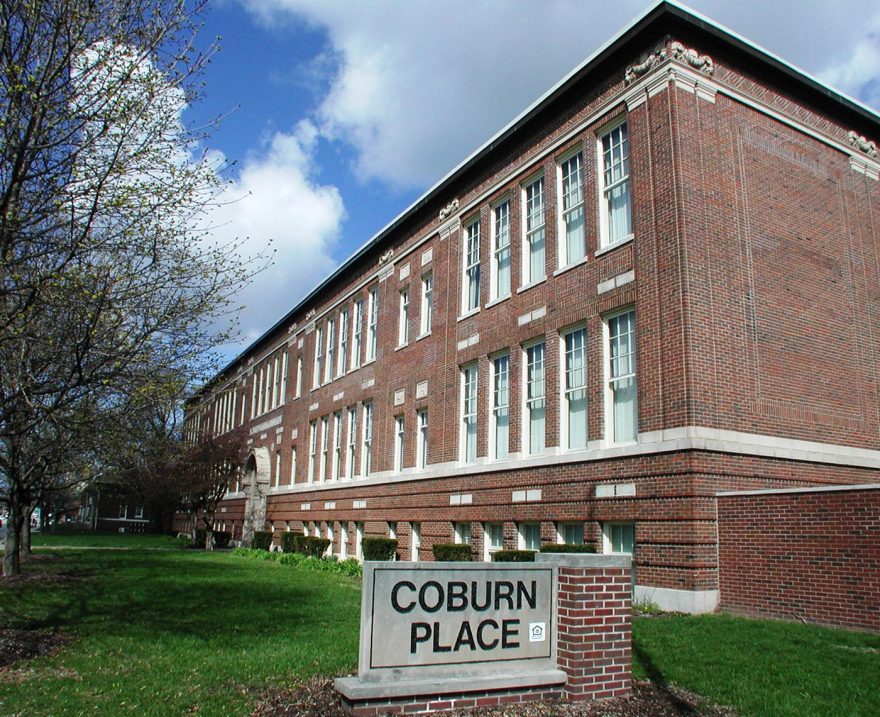 More than 50 people from domestic violence service organizations from around the country tuned in to a discussion last week with Dr. Cris Sullivan, director of the Research Consortium on Gender-Based Violence. She and her colleagues studied Coburn Place’s transitional housing program in-depth. Here’s an edited transcript.

The staff members at Coburn Place were very open to us. We looked at program protocols, manuals and written documents. Because so much of how the staff behaves is related to what the program structures are – what they’re allowed to do, what they’re encouraged to do, what their training is, what the expectations are, what the philosophy of the program is and whether that philosophy is evident in all the other documents within the organization. We started there and then did in-person interviews with 14 key staff members, asking them about their work and what they thought influenced the success of program participants. Then we interviewed nine clients who either had recently left Coburn Place’s transitional housing program or who had been in it for a long enough time that they could really talk about everything in their experience – what it was like to enter the program, their participation, what they thought the outcomes in their lives were, and recommendations they might have for change.

We looked for similarities and differences across all the data sources, checked our conclusions with staff and concluded there are five pillars guiding Coburn Place’s work that likely lead to their positive outcomes.

The first two pillars are very typical of transitional housing programs around the country – the first is maximizing safety and the second is building trust. The third is eliminating financial mandates – they don’t charge rent – and eliminating participation mandates – so everything is voluntary. They also have comprehensive and coordinated advocacy and programming. Finally, we noticed a strong staff culture of self-determination, autonomy, empowerment and growth.

First, maximizing safety. We have some survivors where it simply is not safe to have their own housing in the community. And this is according to them, not according to us. They will say, “I won’t be safe. I need to have these security systems in place.”

“Basically, the fact that you have somewhere safe to go. Not being hit and just – this is the best thing. It’s surrounded, so no one can just walk in and out.”

And then there is the trust-building. Again, every transitional housing program does this to some extent or another, but there were three things I was impressed with about Coburn Place. They spent a lot of time thinking about separating staff roles. So, for example, if somebody’s an advocate for a survivor, they’re not also the housing manager. There isn’t going to be an advocate who also says, “You’re going to be evicted. You’re not following the rules.” They separate people out by their expertise. And that’s a problem, in my opinion, that a lot of domestic violence agencies have, and a lot of that is due to lack of funding. We expect staff members to be superheroes – they need to be strong advocates and have great communication skills and empathy and know everything about every system – legal systems, welfare systems, housing systems – and they need to be able to fundraise and to write grants. It’s amazing what we expect people to do. But Coburn Place decided they needed someone to be a housing advocate and someone else to focus on well-being, and someone else to focus on the children.

They also committed to flexible case management where they meet people where they are. They work with each individual client – what are you looking for, what do you need, how can I help you get there? And third, we were impressed with the passion and compassion of the staff, and that is typical of a lot of wonderful transitional housing programs around the country. If you don’t have compassionate staff, you aren’t going to keep them, and they aren’t going to do a good job.

The third pillar is eliminating financial and participation mandates. My own research and others’ have found that if a survivor does not feel like they’re respected by staff, if they don’t feel like they have choices, they will simply not participate or they’ll leave if they have any choices whatsoever. Some people stay because there is no other choice, but they’re unhappy in the program. Both staff and survivors talked about the importance of this voluntary model. Another piece of this I found unusual – and I think is important – is they not only eliminated participation mandates but financial mandates. A lot of transitional housing programs expect clients to pay a percentage of their income for their unit, and Coburn Place used to do that. But survivors told them it made it more difficult for them to raise money to get a security deposit, to get that first month’s rent, and Coburn Place listened. They decided people could stay – and at Coburn Place, they can stay up to 24 months – completely rent-free. They have 35 apartment units, so this is not communal living. These are independent, transitional housing units where people can work with advocates to the extent they want to, there are children’s services, and it’s all voluntary. For me, common sense says this is contributing to the incredible success Coburn Place has.

Comprehensive and coordinated advocacy and programming is also important, and we spent a lot of time thinking about this pillar and talking to staff about it because it’s multipronged. It’s important they’re in partnership with the survivors, but they also have strong relationships with many community partners. They feel part of the community, and they want to make sure community members feel a part of Coburn Place. They have an unbelievable number of volunteers at a time when it’s hard to get volunteers. I said to them, “Other places can’t get volunteers, you have more than 100 of them. What are you doing?” They had a lot of answers around how they involve people and work to their strengths. It’s impressive.

And finally, they have a strong culture of staff self-determination and growth. They want to hire from within, and there’s a lot of upward mobility. I noticed that people got along well, and we know how important that is in the workforce. There was a clear sense of respect for each other and respect from management down to people doing direct service work as much as the other way. There is strong communication and a sense of community.

“I can do outside-the-box, nontraditional case management. I love that I can structure my case management for every single resident … a young lady from India didn’t know anything about the busing system. We had to get out and learn how to ride the bus together. We have one lady who is working on some immigration things and getting a divorce, and we spent some time in court last week.”

Now let’s talk about the challenges. This was not “everything is coming up roses” at Coburn Place all the time. These are not folks who come riding into work on unicorns in the morning. There are issues. And the issues they generally talked about were two. That it’s sometimes difficult to support change while promoting choice, and it’s especially difficult when survivors have mental health and substance abuse issues. I think we have all dealt with that, and it’s an ongoing issue – how can you be survivor-driven and promote autonomy when you’re sometimes dealing with people with serious issues? As one staff member said, “Some people just show that they need a little more push than others. Some people will have that desire and will run with it, and some need a bit more structure.” Like any good organization, Coburn Place tries to communicate about those issues and tackle them head-on and openly. What was clear to us throughout Coburn Place is that they do not view people as domestic violence survivors. They view them as whole human beings for whom domestic violence is one issue.

“When I left, I left with my apartment. There’s no program I’ve ever heard of where you leave and you can take everything with you. The furniture, the [small] appliances, you can take everything … I was fortunate enough to be able to take my apartment so that for my girls, it was just like moving from one apartment to the next. It was still home. So they weren’t missing out on anything.”

I’ll end with this quote from a survivor – “It’s 360 degrees of wholeness. They want to make sure that from the time you get here to the time you leave, you are adequately equipped with the tools you need to provide safe and stable housing – and a safe and stable lifestyle – for you and your children.”

To see the entire presentation and the question-and-answer portion, watch the video here. Dr. Sullivan’s full study is here.