When Pets Are Victims, Too

Beacon of Hope Crisis Center Has a Way to Help 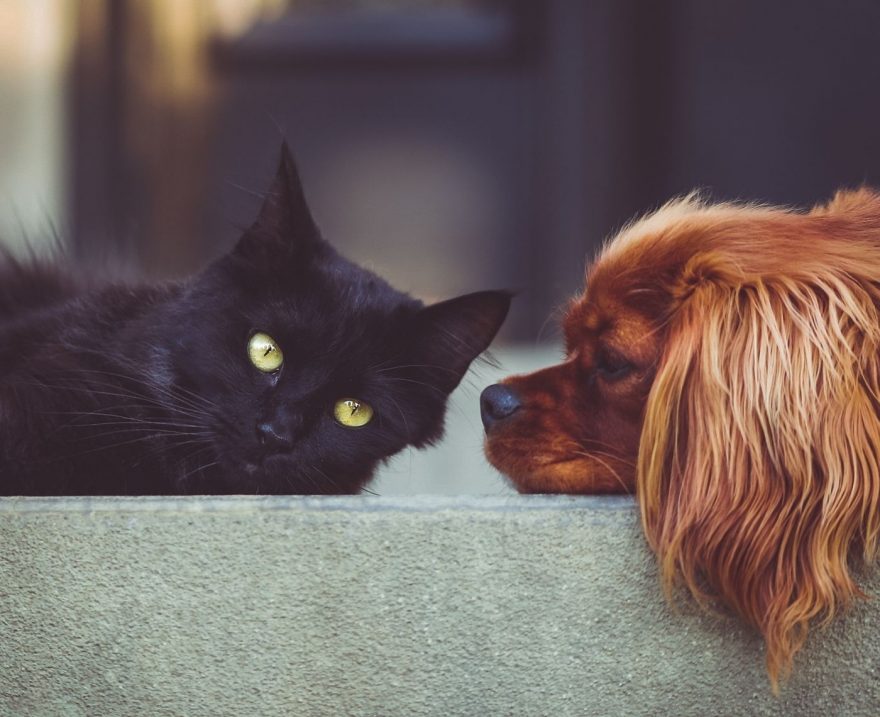 Forty percent of people experiencing domestic violence are unable to escape their abusers because they fear what will happen to their pets when they flee. And 25% will return after fleeing because they are worried about their animals. Beacon of Hope Crisis Center in Indianapolis decided to do something about it.

“We’re an ‘everything but the bed’ agency,” says Tiffany Wilson, director of victim advocacy and quality assurance. BOHCC offers advocacy and referrals for survivors of domestic violence and sexual assault.

Though the agency’s focus is on people, “We thought, ‘What about the pet victims?’” says Wilson. “What about the trauma they endure, what they are witnessing and how they, too, are being harmed or even killed at the hands of the abuser? We needed to do something to save these pets as well so there’s not a barrier to prevent victims from leaving.”

So BOHCC created the Foster Pet Program in 2010 for survivors of domestic violence and sexual assault who are actively fleeing abuse. Their program has expanded and grown its policies and protocols over the past five years.

“No one should ever have to give up their pet in order to be safe,” says Beacon of Hope Crisis Center CEO Sandra Ziebold. “We are proud to be providing foster pet services in collaboration with shelters and nonresidential domestic violence programs that refer clients to us for pet fostering. No pet should ever be harmed by an abuser to demonstrate power and control over a primary victim. Our Foster Pet Program is all about helping to mitigate this barrier.”

“When a victim reaches out and says they have a pet, we reach out to our foster families to see who is available, and we place them for up to 90 days,” says Wilson. “We rely solely on the foster families to be able to help take care of the pet victims while the human victims are working on becoming self-sufficient so they can be reunited. We’re helping them to secure employment, to find safe housing. We’re also working with our community partners to make sure they have resources.”

Any pet in the Foster Pet Program is required to be spayed or neutered and have updated vaccinations because most foster families have their own companions. Everything the pet needs while in foster care is at no cost to the survivor. For safety reasons, a survivor can’t visit their pet while they’re in foster care, but they receive frequent updates BOHCC staff with videos and photos shared by the foster families.

A 2017 study showed that 89% of women who had companion animals during an abusive relationship reported that their animals were threatened, harmed or killed by their abusive partner. Seventy-six percent of domestic violence survivors whose partners had histories of pet abuse had been strangled.

Beacon of Hope Crisis Center typically has a roster of more than 30 foster families. “It’s been difficult because of the pandemic,” says Wilson. “We were placing 30 plus pets with foster families over a year. But people weren’t fleeing – especially at first when it was reported pets may get COVID, too. And it impacted our foster families as well. A lot of them took a step back. It’s sad because we know pet victims have been harmed – probably even killed – because we saw that drastic increase in domestic violence.”

Some of the foster families are reaching back out now that people are getting vaccinated, and we know pets aren’t affected by COVID. BOHCC foster families run the gamut – some take any animals, some take only cats, some take only dogs, some are restricted to small animals. “We also have strong partnerships with rescue shelters and volunteers who have farms, so we can take bigger animals like a horse or cow,” Wilson says. “We even have connections who will take care of snakes, reptiles and spiders.”

Beacon of Hope Crisis Center is also training first responders and law enforcement officers to pay attention to pets when responding to domestic violence calls. “Many pets will seem aggressive when it’s because they have witnessed something,” says Wilson. “We want them to look for signs of pet abuse and neglect. Animals tend to be overlooked as victims. They go through trauma just as we do. They can get PTSD, and they can become severely ill from it.”

Since 2017, in 35 states, including Indiana, pets can be listed on protective orders as a protected party, thanks in part to the work of CEO Sandra Ziebold. “We’re so excited Sandy played a role in this and helped make it happen,” says Wilson. “It’s made a huge difference to clients who aren’t actively fleeing – if time has passed, they can get their animal back. We had one protective order with four pets, and the survivor was able to get their pets back with the help of law enforcement.”

Wilson says they currently have nine foster families and are always looking for more. They would like to get back to their pre-pandemic numbers for foster families and – like many organizations – are seeking staff and volunteers. For more information about the Foster Pet Program, visit beaconofhopeindy.org.

Note: Coburn Place accepts service animals and emotional support animals in our on-site transitional housing. We understand the important role pets can play in well-being, and our housing advocates work with survivors to find pet-friendly community-based housing when they need it.